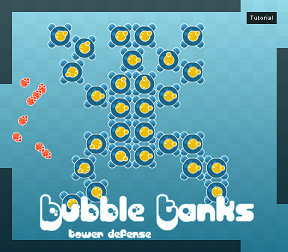 
Slither around and eat the apples to grow your snake as long as possible. But don't hit the wall, or eat your own tail!

Activate the power bounce! Swing your way through each challenging course without hitting anything. How many tries will it take you? You've got a limited number of slices to cut the wood into the correct number of pieces. Be precise when you slice! Hop in your helicopter and join this strategic multiplayer game. Specialize your copter, build a base, and conquer the map! Hey you, stop! And you, drive!

Take control of the roads to keep traffic moving. Merch store promo. Awesome Tanks 2. You'll Also Like Move your tank with the arrow keys or WASD. I loved the original, and this one is even better. Already defeated it and am about to go back for more. That way if you pick something that turns out not to match your play-style you can correct your mistake without starting the game over completely. It would just be nice to have more time to get used to and enjoy the weapons of the best tank before the boss, because I tend to drop down a level or two quite quickly during the boss fight.

I bet it is easier to choose a tank when you have a tech tree to look at :D. Tech Tree Hope I did my html correctly Definitely fun. The one problem i have is the scale of the game. It feels like the game window itself is to small and is cutting off the rest of the game. At the very least there should be an option to bring the camera back so you can see the whole bubble at once.

As it is trying to use the fast crafts result in speeding uncontrollably into bullets that were slightly off screen. My only complaint is the color of bullets. I have trouble telling my bullets from enemy bullets, since often they're both red! If my bullets were green, yellow, or something else, it would be easier to keep an eye on enemy bullets. The bubble aspect makes this a peaceful-feeling shoot-em-up; it helps me relax, which is what's so hard to do when all the action is hectic. The bubble-suction-clearing feature is useful too, and though I would also like a save feature, pausing and leaving is good enough too.

Arena Mode - saves any enemies you have actually encountered, and your level ups. Later you can come back and play with the combinations.

StaceyG: Sweet, thanks. I must have had a glitch, because I beat the regular game with the full heavy tank Ah well, maybe it has a. Yup, I like this one. I couldn't get anywhere in the first one probably because picking up the bubbles was too tedious , but I beat this one! Definitely a spiral pattern is the way to go.

And I found that the boss was pretty beatable, you just have to go at it for a bit, get beaten down a couple of levels, go recuperate for another round of the spiral, and beat it the second time around. CNiall: I'm having the exact same problem. Makes the game pretty unplayable. Are you also on Linux? I thought it was a problem at first, too, because I got to the ghost sniper on normal, then quit. You need to unlock the tanks while playing in Arena mode to get them in Arena mode. Yes, you have to start from the basic tank. Sure the new weapons and enemies are cool.

The map is handy. Being able to change the settings is great. Playing along nicely when another app causes my computer to freeze up. Of course there's no return after a reboot. I wish there were some way to tell on the map which bubbles had been cleared of all enemies. I'd like more explanation on the upgrade screens of what the new toys are. If demotion was more gradual - eg you get kicked out when you lose a single level, then there would be less frustration for me. It's not really any fun to start from scratch. I actually liked the first one better. This one is way to short. It took me only like bubbles to easily beat the final boss on my first try.

With such a huge map, there should be loads more stages in the uppgrades i think.

Also, the secondary weapon bothered me, became too much pushing spacebar all the time with some weapons. Ability of seeing whole bubble at time would be nice, and that would actually make sniper's teleport handy instead of confusing. I really wish you could save, and frankly I'm surprised you can't. That seemed like the one feature everyone wanted. I'd like the upgrades to be in their own screen with a visible skill tree so I could see what I was working for, but that's fairly minor as I was never really unhappy with the upgrade choices.

Being able to pick your secondary from a class pool would be nice though. My main complaint for both games is the fact that the majority of enemy shots look exactly like yours.

Picking the fighter path in the sequel and strafing and circling just compounds the problem as you lose all sense of what shots are yours and which ones are aimed at you. This is a pretty good game. I agree that a save feature would be nice, and with fnord's suggestion about having the option to switch ship types after deleveling; and also that there should be more than one boss.

No one has mentioned the music. Unlike most though, I haven't become tired of it yet. Nice improvements, but some suggestions: Make a save feature Let me choose multiple branches I wanna have all possible weapons. After I kill the boss, let me move as fast as the fastest tank. The heaviest tank's special ability should be more controlled, should shoot at mouse. The arena didn't seem to take my first run through the game either.

I don't exactly know where the bug is, but I played with arena mode after my first playthrough and then beat the main mode again and then it saved my ship whether I went directly to the main menu or continued playing. QuChi: The sniper's teleport is actually very handy if you know what it's doing.